As an iOS app developer, you’re probably well aware that there are two main options for developing native apps: Swift and React Native. Both have their own pros and cons, so it can be tough to decide which one to use for your next project.

In this article, we’ll pit React Native against Swift, and see which one comes out on top in terms of performance, ease of use, and popularity. We’ll also discuss their benefits to help you identify which one you should choose for your next iOS app development.

Here we go with a swift first.

It is also safe by design, which means that it prevents many common programming errors. Swift is fast and scalable, and it is perfect for developing interactive applications.

Swift is Apple’s new programming language, and it’s said to be 2.6 times faster than Objective-C. That’s pretty fast! But what does that mean, exactly?

Well, it means that Swift code can be compiled directly to machine code. That means that your apps can run more quickly and smoothly, with fewer bugs.

So if you’re looking to speed up your app development, Swift is the way to go. It’s easier to learn than Objective-C, and it’s more powerful and efficient. So get on the Swift train and see how quickly you can build amazing apps!

There’s no doubt that readability is important when it comes to programming languages. After all, who wants to spend hours trying to decipher code that looks like it was written in another language?

Fortunately, Swift’s syntax is relatively straightforward and easy to understand, which makes it a more readable technology when compared to some of the others out there. And because developers need fewer code lines to produce a functional application, it can shorten the time to market.

So if you’re looking for a language that will be easy on your eyes, Swift is definitely worth considering.

When it comes to safety, Swift is the clear winner. With its type-safe features, developers can catch potential errors in code while typing and prevent them from bringing mistakes to code execution.

On top of that, Swift automatically defines all memory accesses, thus protecting the program from crashing. If you’re looking for a hire iOS app developer who can create a safe and reliable product, look no further than Swift.

ABI stability is a feature of the Swift programming language that was introduced in version 5.0. It ensures compatibility between different versions of the language and prevents crashes when new versions are implemented into existing applications. ABI stability is a major advantage of the Swift language and makes it much easier for developers to keep their applications up-to-date.

There’s a lot to love about Xcode and Swift. They both offer incredible power and flexibility when it comes to building apps. But what exactly is the difference between them?

Simply put, Xcode is an IDE (integrated development environment) that helps you create great apps. Swift is the programming language you use to actually build those apps. So if you’re looking to create an iOS app, you’ll need both Xcode and Swift.

Xcode is packed with features that can help you create amazing apps. It has everything you need to design, code, test, and debug your app. Swift, on the other hand, is a powerful programming language that gives you complete control over your code. Together, these two technologies give you everything you need to build apps for macOS, tvOS, watchOS, and iOS.

Swift is a powerful and versatile language that can help you create amazing user experiences. Thanks to its speed and efficiency, Swift-based apps take less time to install and require less memory storage on the device.

And because Swift is specifically designed for native iOS development, it gives you more access to the native device’s features. So you can build apps that look and perform better, and attract more users.

Swift is a relatively new language, and as such, it has a long way to go in terms of building a strong community and developing helpful libraries and packages. However, the language has already gained a lot of attention from the mobile app development community and is considered one of the best languages for app development.

One of the main disadvantages of Swift is that it can be more difficult to find seasoned professionals who are familiar with the language. This is because Swift is still relatively new and not as widely used as some of the other popular programming languages.

If you choose to go with Swift, you might need to spend more time finding seasoned professionals, especially if we compare it to languages like Java and Python.

What is React Native?

React Native is a JavaScript framework for building native mobile apps. It allows you to use React along with native platform APIs to create truly native apps. React Native apps are faster and more responsive than traditional native apps, and they offer a better user experience.

With React Native, you can create an app that is truly native, meaning that it will run on any platform, including iOS and Android. React Native is a great choice for creating cross-platform apps, and it is also a great way to learn React.

React Native is a great way to save time when developing for multiple platforms. By writing one codebase and deploying to both platforms with a few native tweaks, you can significantly reduce your development cycle and time to market. This is a huge advantage for businesses who need to move quickly in order to stay competitive.

When you build an app for both iOS and Android, you only need one JavaScript team instead of two native development teams. This can save you time and money, and prevent issues that can occur when one developer is out sick.

React Native has a large and thriving community of developers who are constantly creating new libraries and packages. This means that there is a huge amount of support available for React Native developers. This is a big advantage over other frameworks, which often have much smaller communities and less support available.

If you’re looking to build an iPhone app but don’t want to incur the cost of building a completely native app, React Native may be the answer. React Native lets you create crucial parts of the app using native tools, while less performance-sensitive features can be built using React Native.

When it comes to performance, cross-platform solutions like React Native always lose out to native apps. React Native applications take up more space on the device and tend to have worse user experiences. However, this only becomes an issue for high dynamic products like games.

With React Native, you also have to be careful about using third-party libraries. While there are many high-quality libraries available, not all of them are well-maintained or updated for React Native. This can lead to bugs and other issues in your application.

The verdict is still out on whether React Native or Swift is the better choice for iOS app development. Both have their pros and cons, and the decision ultimately comes down to the specific needs of your project. If you’re looking for a fast, cost-effective solution, hire react native developers as React Native is a good option.

If you need a high-performance app with complex graphics, Swift is the way to go. Whichever route you choose, make sure you hire experienced developers who can build a quality app that meets your needs. 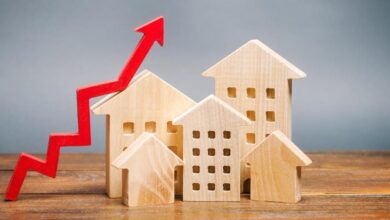 How to remodel your home to reflect your personality? 8 Home Remodel That Pay You Back 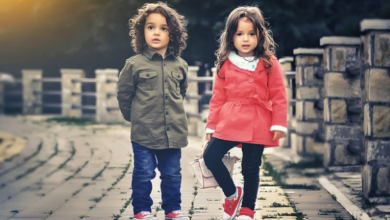 The Best Ways to Make Kids More Responsible in Life 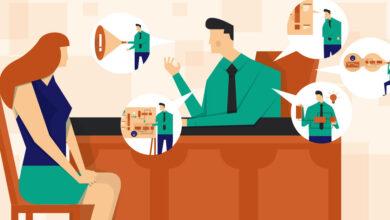